A medley of views and updates on Design Thinking 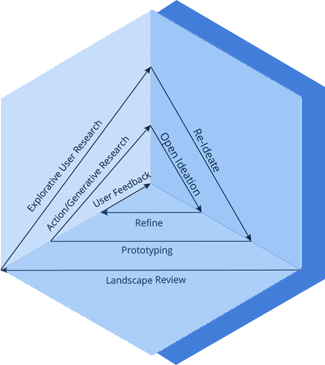 We start with a bird's eye view of a challenge, then hop around to gather inspiration, create some ideas and prototypes, and send them through rounds of user testing and refinement as we start zooming into final solutions. 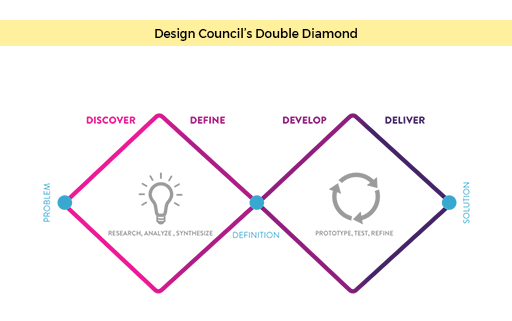 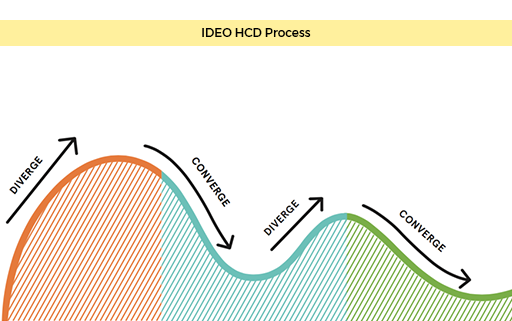 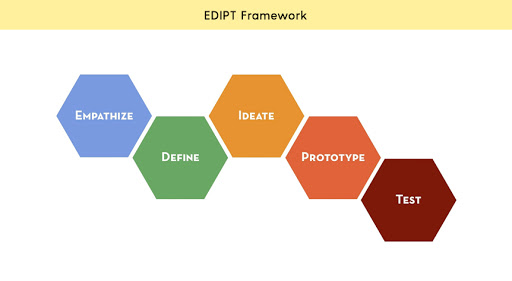 HIGHLIGHTS OF THE YEAR 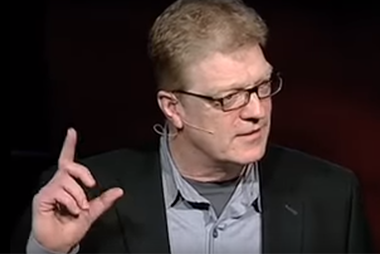 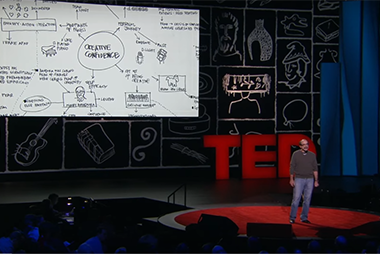 How to build your creative confidence 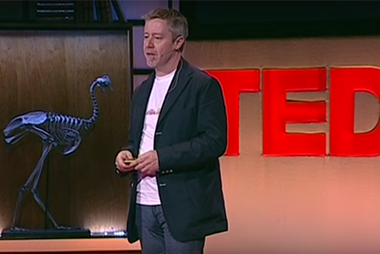 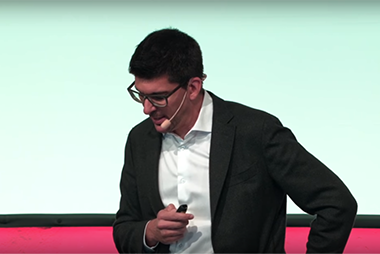 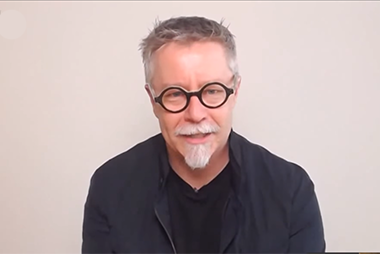 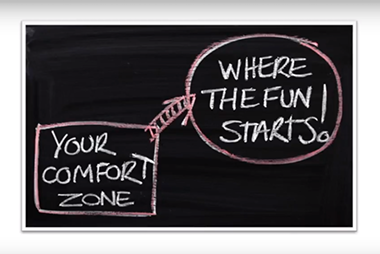 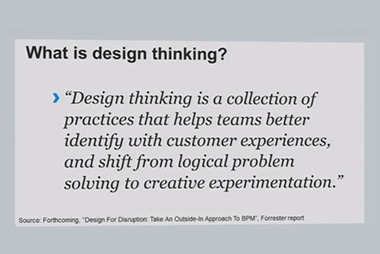 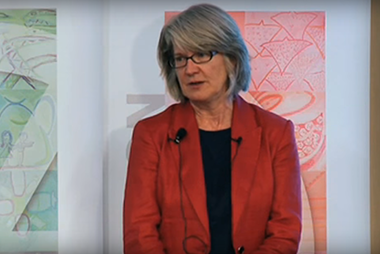 Implications of design on business strategy 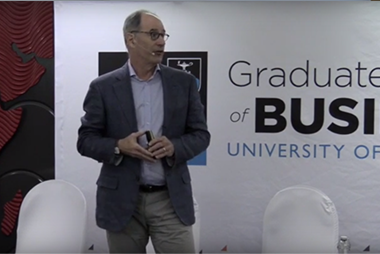 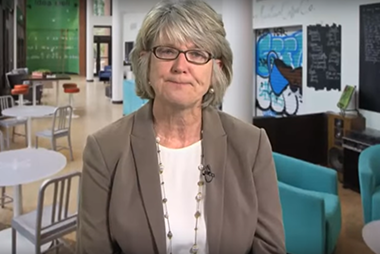 Why Creativity Now? A Conversation with Sir Ken Robinson

Stanford Webinar - The Design Thinking Hybrid: An Evolution of Innovation

Where Should Innovation in Education Come From?

Design Thinking Is A Failed Experiment. So What's Next?

What is Design Thinking

Design Thinking...What is that?

When everyone is doing Design Thinking, is it still a competitive advantage?

The Next Big Thing in Design

How It Works: Design Thinking

The Art of Innovation

The Design of Business

Creative Confidence: Unleashing the Creative Potential Within Us All

The Design of Everyday Things

Design for the Real World: Human Ecology and Social Change

The Art of Looking Sideways

glossary
Affinity Diagram
Affinity diagram is a tool used to organize ideas and data. It allows large numbers of ideas stemming from brainstorming to be sorted into groups, based on their natural relationships, for review and analysis. It is also frequently used in contextual inquiry as a way to organize notes and insights from field interviews. It can also be used for organizing other freeform comments, such as open-ended survey responses, support call logs, or other qualitative data.
Affordances
The qualities of design or material that affects or suggests how it can be used. For example, the affordances of a hammer (weight, handle and grip, scribed head, etc) suggest it should be used for striking objects. Looking at affordances is especially useful when analysing how designs or materials prompt certain behaviours.
Brainstorming

Bias toward action
Oftentimes, a design team can become mired in discussing the pros and cons of proposed solutions. This guideline reminds designers to limit discussion and move toward actions such as field research, creating/prototyping, and testing. The most common sticking point is not a "lack of creativity" but an inadequate understanding of the design space you're working in. The best way to unstick is to prototype and to make your ideas real for the team and for your users. Build to think, don't think to build.
Constraints
The perceived or actual qualities of a design that limit how it might be used. Note that surveying the constraints of materials and designs is usually a source of creative design solutions.
Define
This step is where focus becomes very narrow. A team works together to synthesize the data and observations gathered during the Understand and Observe steps and articulates it in a way that allows for the creative generation of ideas. One way to do this is to produce a Point of View, which is one or two sentences that define a user, a need and an insight. A team could also produce a short movie or use other media too. Work done in the ‘define’ stage is not only important for creative brainstorming, it can be essential for the cohesion of a design team.
Design space
Refers to the aggregate of users, affordances, constraints, and existing solutions that relate to the work that a design team is tackling.
Empathize
The use of this emotional term helps remind designers that they must always consider the human experience of real people. It's more than just seeing it from their perspectives, it's about understanding how they feel about it all and what it means to them.
Test
The testing phase is when users interact with a prototype. Many cycles of iteration, prototyping, and testing can occur as prototypes uncover new insights about users. Early tests are usually very simple exercises with early, low-resolution prototypes.
Extreme User
An extreme user is a person who lies at the periphery of a group of users. Extremes can include age, ability, occupation, experience, etc. Rather than designing for a composite or "average" user, a design team will oftentimes look to extreme users for surprising and actionable insights. Focusing on extreme users can lead to more innovative solutions, more profound insights about a group of users, and new, untapped markets for a product or service.
Headline
In the brainstorming process, to headline means to put things in short, simple language (as opposed to adding more details), the way a journalistic headline is simple and broad and lets the story give the details. Headlining keeps the energy high in a brainstorm, generating a greater range and quantity of ideas, and helps ensure that all team members remain engaged.
Ideate
To generate ideas; to brainstorm; to seek solutions to the users' needs; to innovate new things/processes, etc.
Iterate
To iterate is to cycle from this to that. In Design Thinking, it usually refers to the cycles of prototyping, testing and revision.
Low-Resolution
In Design Thinking, this term is used to describe prototypes that are very simple, focused on one or two features of the design. Low resolution prototyping allows a team to quickly express their ideas and gather feedback. This is done to avoid getting hung up on details that don't matter much in the earlier stages. For example, a low-resolution prototype of a new shoe might be a pencil sketch showing its crucial new shape. A slightly higher-resolution version might add three-dimensional views of it; a next level up might be a quick clay model, not to scale, and so on. The point is that a prototype is a tool for discovery, rather than a rough model of a final solution.
Point of View (or "POV")
In Design Thinking, a POV means the point of view of a particular person. Creating a point of view involves synthesizing the data gained in the Empathise phases to create a common reference/inspiration for later ideation and prototyping. The idea is to focus on a real person, with many of the concrete details found during the Understand/Observe phases. One approach is to develop one or two concise sentences that express User+Need+Insight.
Prototype
A prototype is a tool for discovery-it seeks to answer a question. It is possible to prototype products, experiences, or services. People commonly consider a prototype to be a less-refined or incomplete version of a final product. But because prototypes seek to answer specific questions, they often look completely different than the "final" design. So, it is useful to reframe student understanding by asking: "What are you trying to learn from this prototype?" In general, prototypes should answer one or two specific questions well, rather than generic questions like: "Is this thing any good?", "Does it work?" etc. It can be useful to classify a prototype broadly according to the types of questions it seeks to answer: functional (questions about how the thing will work), look and feel (questions about the aesthetic qualities of a thing), and experience (questions about how a user will experience the thing).
Radical collaboration
A method of working that relies on building teams from extremely diverse disciplines with the goal of producing pattern-breaking innovations.